MARK IN THE NEWS:

I hope you had a wonderful, safe, socially-distanced Labor Day. 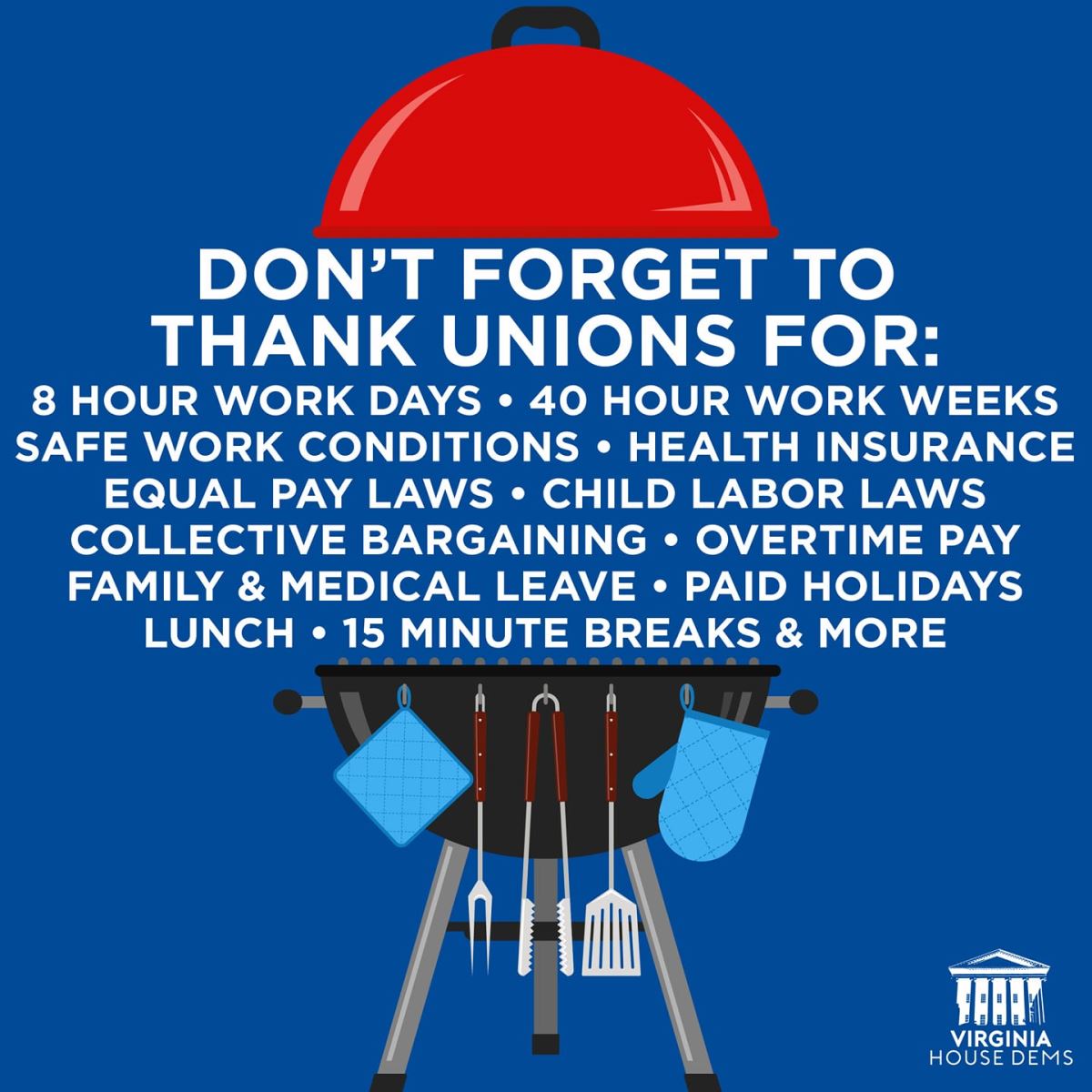 Last week, I told you about the Good Apples Act, HB5112, my bill that requires law enforcement (the "Good Apples") to report the wrongdoing of their fellow officers (the "Bad Apples"). I'm happy to report it passed on Friday, by a vote of 54-43, on a party-line vote. It now must pass through the Senate and be signed by the Governor before it becomes law.

Here's what the bill does in depth:

As it now must pass through the Senate, I have two asks of you:

While I am disappointed that not a single House Republican voted for the bill, I appreciate all of my colleagues who did vote for this common-sense legislation, especially the bill's 27 co-patrons, and I am incredibly thankful to everyone who helped elect the House Democratic majority. It is the voters, volunteers, and donors who helped elect our majority who made all the reforms we're making possible.

Can you donate today to make sure the House Democratic majority is re-elected?

In addition to my Good Apples Act, we in the House of Delegates passed all the following bills this week. I proudly copatroned and voted for every one of them.

We also did good work in the Courts of Justice Committee this week by passing:

Again, thank you to the many advocates across Virginia who met with me in the lead up to this session.

One Big Disappointment:
The Bill to End Qualified Immunity Failed to Pass House
But we try again this afternoon!

HB5013, to end qualified immunity for law enforcement officers, failed to pass the House on Friday. As a co-patron of the bill, I was very disappointed that it failed to pass on a vote of by just one vote. Law enforcement officers must know that they can be held civilly liable if they violate someone's Constitutional rights, just as doctors, lawyers, or anyone else can be held liable if they commit malpractice.

A revote is likely today. I'm optimistic that this time, we may well have the votes we need.

Calling All Young and Healthy Virginians: Protect Democracy by Becoming a Poll Worker 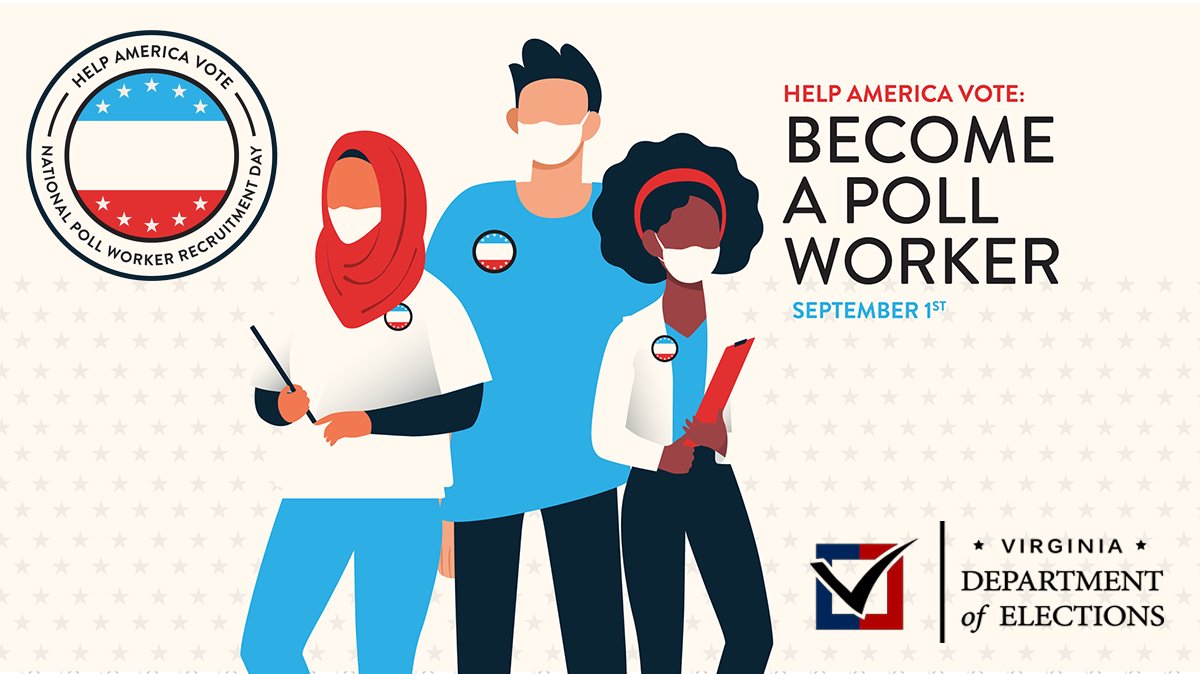 An Officer of Election (poll worker) is part of a team that conducts elections at a polling place on Election Day. Their job is to conduct the election fairly and lawfully and to assist voters in a courteous and respectful manner.

In the past, more often than not, these roles were filled by retirees and senior citizens. Unfortunately, COVID-19 would leave many of the folks who typically serve democracy at our polling locations susceptible to severe illness. We are at risk of having a shortage of poll workers this year. That's why - as Tom Ortiz mentioned at last week's Mark's Monthly Meetup - we need young, healthy people with no co-morbidities to sign up as poll workers this year.

You all know how essential fairly and competently-run elections are to our democracy. And it's perfectly ok if you've never done this before. It's a good time to learn! It is one long and tiring day. But you will be an essential link in the chain of our republic. You will be essential to making sure our elections are fair and just to all Americans casting a ballot.

Do your patriotic duty!
Become an Election Officer!

You can learn more about what poll workers do by clicking here.

You can apply online here.

Absentee and early voting. (Apply now! I have.)

Complete the Census. It's your constitutional duty and helps make sure that Virginia gets all the federal funding and Congressional representation we deserve! 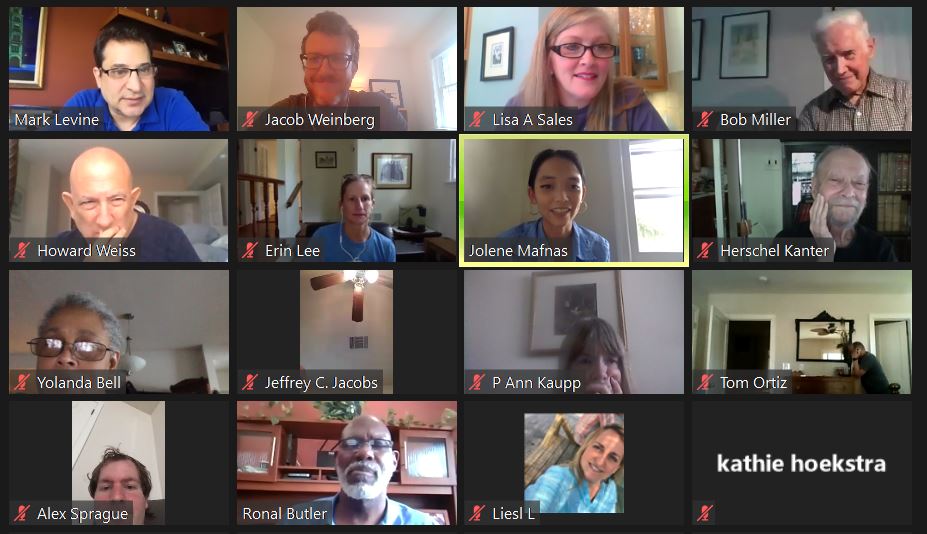 Thank you to the 40+ folks who joined the August edition of
Mark's Monthly Meetup last Sunday. It was a great discussion!

Talking redistricting with the Shenandoah County Democratic Committee.
They agreed unanimously to put VOTE NO ON 1 on their sample ballot. 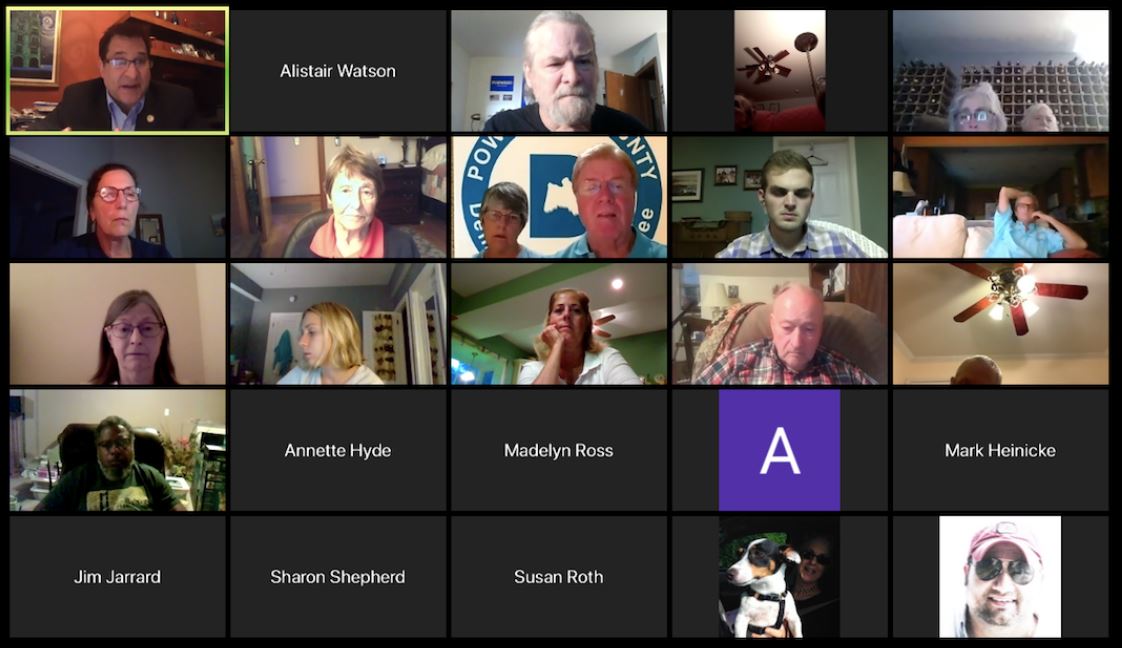 Talking redistricting with Democrats from Greene, Madison, and Powhatan Counties.

Remember:  Vote NO on Amendment 1

You'll find the question on your Presidential Election Ballot this fall.

If you want to know more about Amendment 1, a deceptive scheme to permanently enshrine gerrymandering in the Virginia Constitution, and why I oppose having the lines drawn either by a committee consisting of the the four party leaders and their designees or by the partisan Republican Virginia Supreme Court (as the Amendment gives any two legislators the unilateral right to do), please do not hesitate to write me. I'd be happy to speak to your community as well.

The other side has millions of dollars. According to the YES Campaign's most recent filing, more than 96% of it was from outside Virginia (and mostly from Texas billionaires). All we on the NO side have is persuasion. We are simply asking people to read the amendment in full and understand it. And, unless you're 100% sure it's what you want, vote NO to avoid enshrining Republican-favored gerrymandering in the Virginia Constitution.

So far, despite being vastly outspent, we have been successful in getting 80%+ of Virginia Democrats to see through the deception and commit to voting NO.

If you want to help our campaign, please click here to learn more or to donate.

The Virginia General Assembly banned gerrymandering this July.
Don't let this flawed Amendment bring it back!

Virginia needs an independent, non-partisan commission to draw the districts.
Not a solely Republican panel that can gerrymander to its hearts' delight.

Voters should choose their elected representatives.
Not the other way around.