Third Annual Fireworks on the Potomac!

You are cordially invited to my home in two weeks for my annual riverfront fundraiser.
Proceeds go to elect Democrats to the House of Delegates.

We will meet at my home at 805 Rivergate Place on Saturday, July 8 from 7:30-10:30 pm, and watch the fireworks from my back porch and the hillside which borders Rivergate Park on the Potomac River in North Old Town Alexandria. Note the date: it's July 8. Not July 4.

We'll have "impeachment punch," "Orange Russians," wine and beer, soft drinks, and food. And great views of the fireworks which begin at 9:30 pm. Come early to get a good lawn seat or come later after the festivities next door at Oronoco Park. 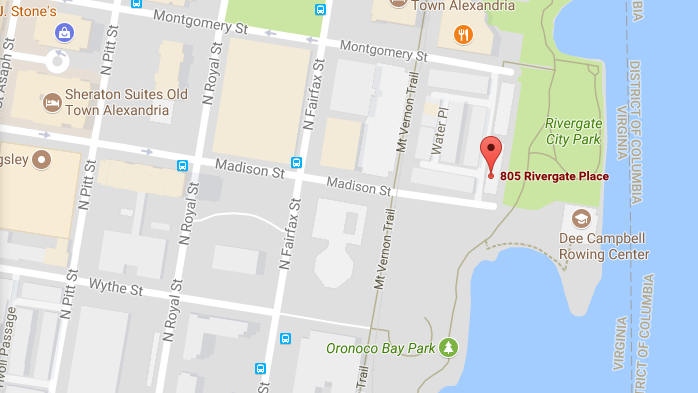 Special Parking Instructions
Street parking is sparse that evening. But parking garages at 44 Canal Street and 700 North Fairfax Street are just a block or two away, as shown on the maps below. (Last year, parking was just $5.) The Braddock Road Metro is only about a 15-minute walk away, or you can take Dash Buses 2 or 5 from the metro to the corner of Fairfax and Madison and walk a block to the river. 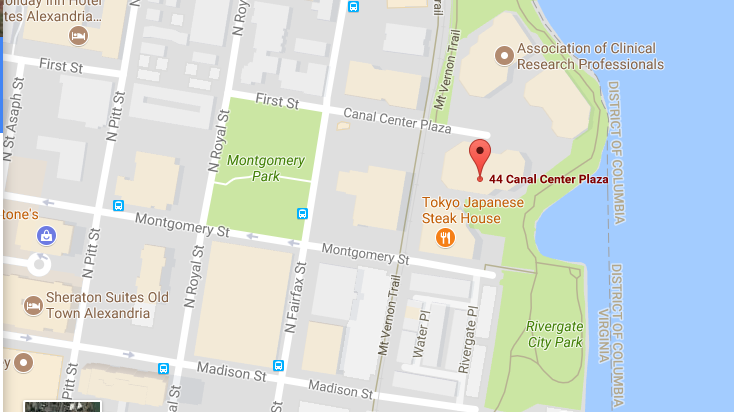 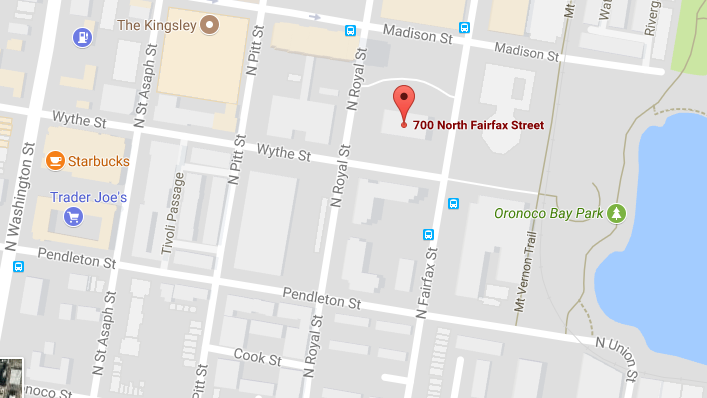 As you know, last week, in our quiet, peaceful neighborhood of Del Ray, an angry man with a semiautomatic weapon and a handgun attacked the Republican Congressional baseball practice. The gunman shot about fifty bullets and wounded five, including Rep. Steve Scalise, a legislative aide, a lobbyist, and two Capitol Police officers.

Officers Crystal Griner, David Bailey, and Henry Cabrera prevented a massacre. Despite being outgunned with their pistols by a man using an easily-obtainable Soviet military weapon (modified to allow extra-large ammunition clips), two of them rushed the gunman and were shot themselves. Crystal and David, despite being wounded, fought bravely on until the gunman was taken down. I'm happy to report all five victims are recovering. We wish them all our best.

Officer Crystal Griner is a newlywed. She married her wife Tiffany Gyar in 2015, just after same-sex marriage became legal. The man whose life she saved, Rep. Steve Scalise, opposes her right to marry. But that did not stop her from risking her own death to save his life. It is my profound hope that Rep. Scalise and others who support second-class citizenship for Rainbow (LGBT) Americans might one day reconsider their views and come to support liberty and justice for all. 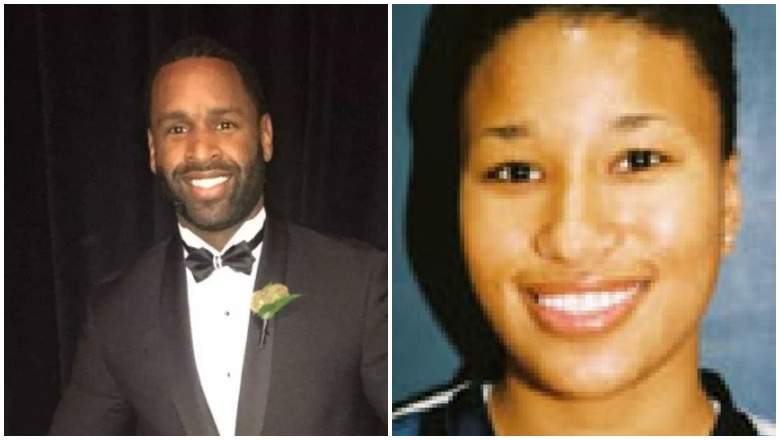 Also heroic were the good citizens of Alexandria, including residents of the Bell Del Ray, who literally opened the doors to their residence to shelter people running from the gunman. I spoke to them personally. Everyone I talked to was more concerned with saving those running from gunfire than with protecting themselves. I'm so proud of my constituents!
This senseless attack was a real shock to Del Ray, to Alexandria, and to our nation as a whole. But I was heartened to see how our city came together that day, to help each other get through it. There were at least five special prayer services held that night, and I was honored to be able to attend one myself at Christ Church in Old Town.
I've been relieved to hear that the condition of the victims has been improving, and it was great to see the displays of bipartisanship that followed this terrible event. Our community remains strong and determined to keep dangerous weapons out of the hands those who would continue these mass shootings that have plagued our nation. I've been speaking to the press about it as well, as you can see in the press articles in the left-hand column.
And you can be sure that I'll be standing with you and leading this fight for however long it takes. 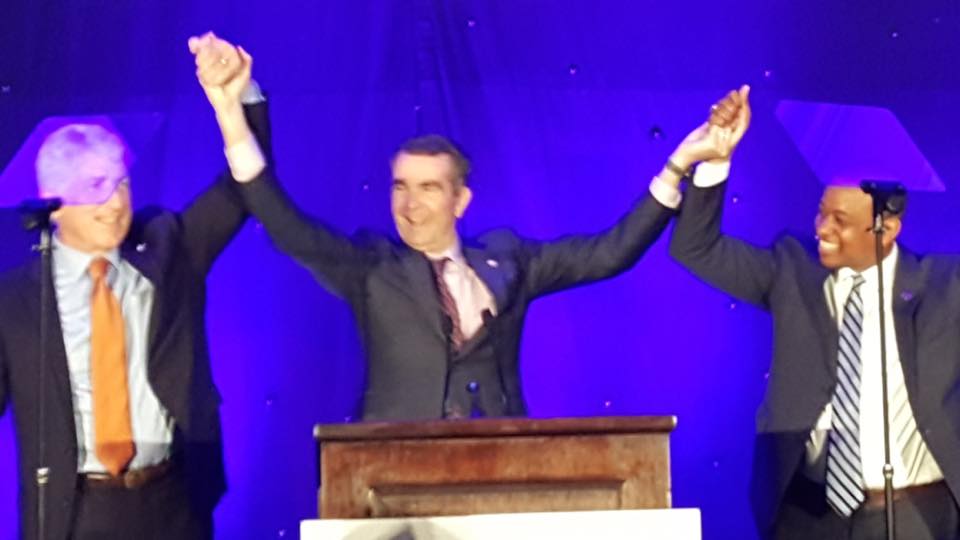 With the primary behind us now, we have a fantastic statewide ticket with Ralph Northam, Justin Fairfax, and Mark Herring, along with a slate of at least 88 House candidates that I'm proud to run alongside. I don't have an opponent this year, so I'll be able to devote my time to helping these great Democrats win their races. And we'll need you out there helping us if we're going to stop Ed Gillespie from bringing Trump's disastrous policies to Virginia. So get out and make phone calls, knock doors, and give money.

With so much attention focused on Russia's hacking of our elections last year and their determination to do it again, I thought it critical to learn as much as possible about the mechanics of our election system. That's why I went down to Williamsburg for 2 days to attend the National Conference of State Legislators conference on elections technology. We must make sure that Virginia is on the cutting edge of elections security, because these hackers will stop at nothing to undermine our democracy. I commit myself to working with members of both parties to keep our election system as safe and secure as possible. 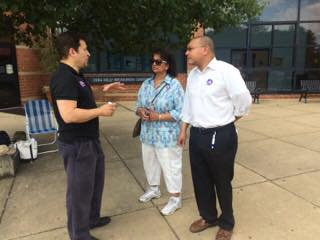 Visiting every polling place in my district on Election Day 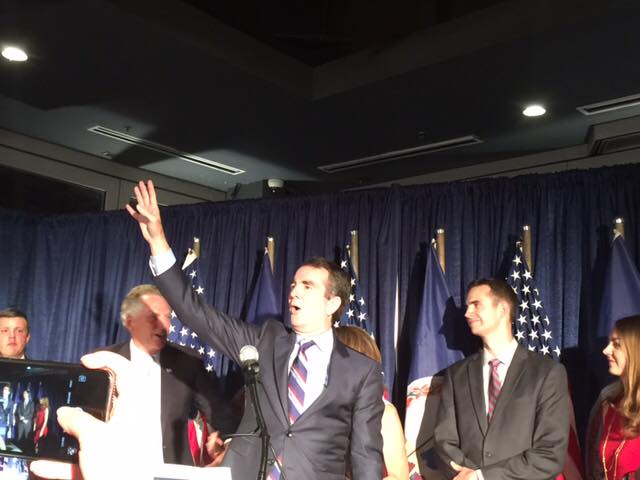 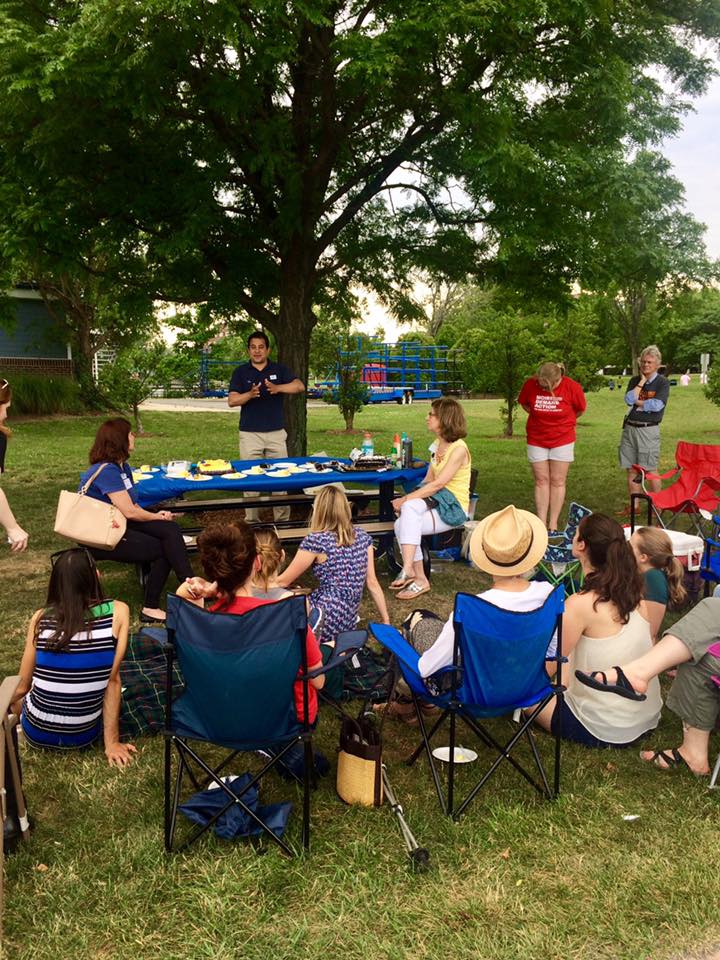 Upcoming Events I Will Be Attending:
Please join me.