This Amendment, if it passes, will give absolute (and unappealable) power to Virginia's Republicans to gerrymander the legislature -- specifically to those Republicans on the Virginia Supreme Court chosen for 12-year terms by the former Republican majority who had illegally racially gerrymandered the Virginia Legislature. The judges who would be able to gerrymander Virginia without any check or balance include:  the sister of one Republican Senator, a former Republican Senator and Delegate, and the right-hand man for former right-wing Virginia Attorney General Ken Cuccinelli (currently serving as Trump's Acting Deputy Secretary of Homeland Security and perhaps best known for his hardline anti-immigrant stances). The Amendment is opposed by the Fairfax County Democratic Committee and the House Democratic Black Caucus. Whether or not you can attend the debate, I urge you to VOTE NO on this flawed Constitutional Amendment this fall.

I prefer a nonpartisan independent citizens' commission draw the lines. But that can only happen if the amendment is defeated. I have proposed one that allows the districts to be drawn with mathematical precision so as not to favor either party. In sum, I think a mix of Democrats and Republicans and independents should draw the lines. Not Republicans alone. To get this, you must VOTE NO on the Amendment this fall.

But while my views are clear and have been expressed time and time again in writing, in person and on local television, you deserve to the hear the other side of the debate.

So please (virtually) attend a meeting of the Arlington County Democratic Committee at 7:15 pm tonight, as we discuss the pros and cons of the Amendment. Details below: 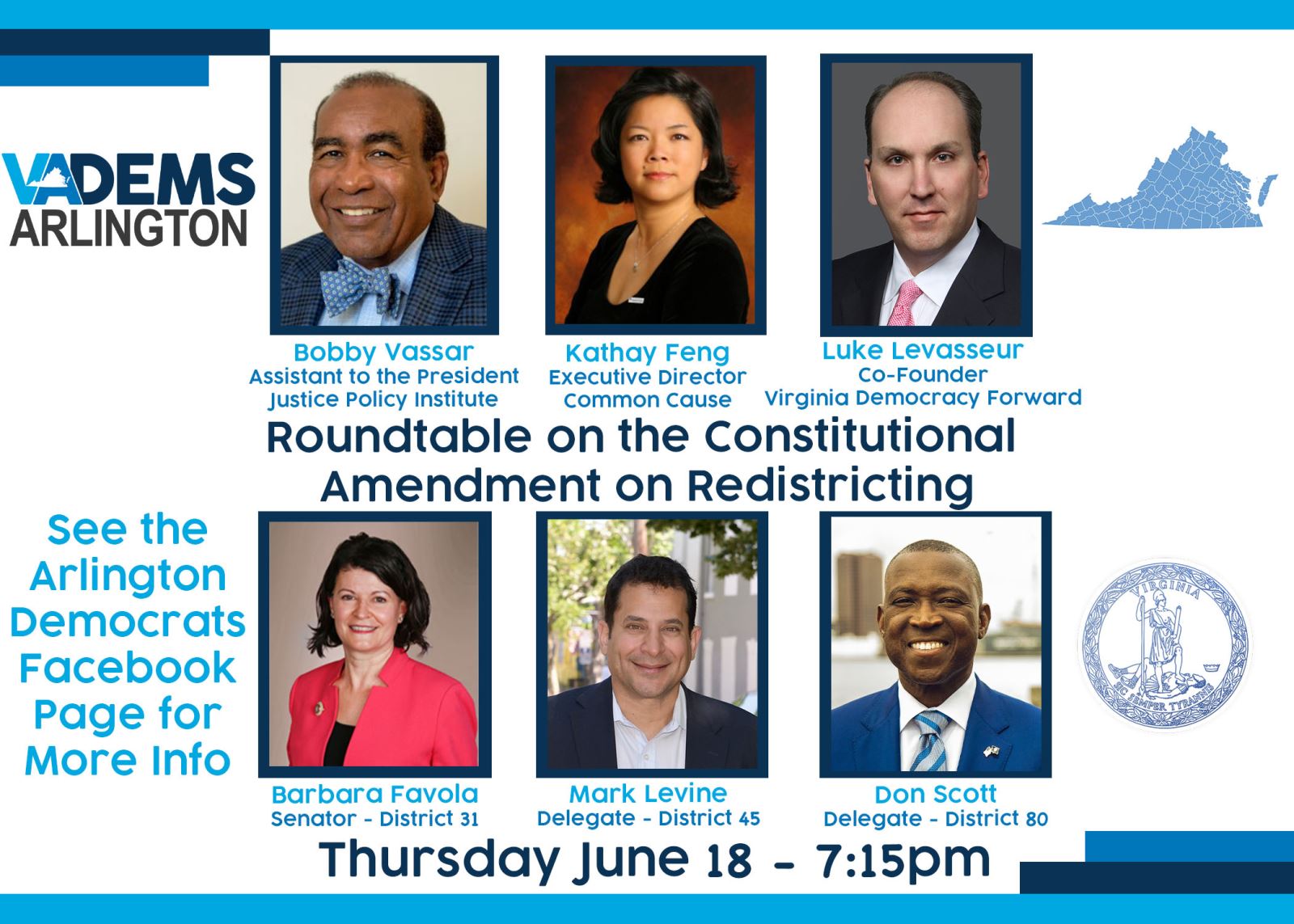 Whether or not you attend the debate, I do urge you to check out my Washington Post op-ed on the subject for a brief overview and/or my Primer on Gerrymandering, which explains the issue in some detail.

And again, I encourage you to vote NO on the Republicans' proposed amendment this fall. Rather than enshrine in our Constitution a Republican scheme (supported by some Democrats as "flawed") to gerrymander the Commonwealth forever, let's work together to end gerrymandering once and for all. Please vote NO in November so we can vote YES in 2021 on an independent nonpartisan commission to draw district lines.