"Get in good trouble, necessary trouble,
and help redeem the soul of America."

- John Lewis speaking atop the Edmund Pettus Bridge
in Selma, Alabama, on March 1, 2020 John Lewis received the Presidential Medal of Freedom from President Barack Obama in 2010.

Reverend Vivian passed away at the age of 95. 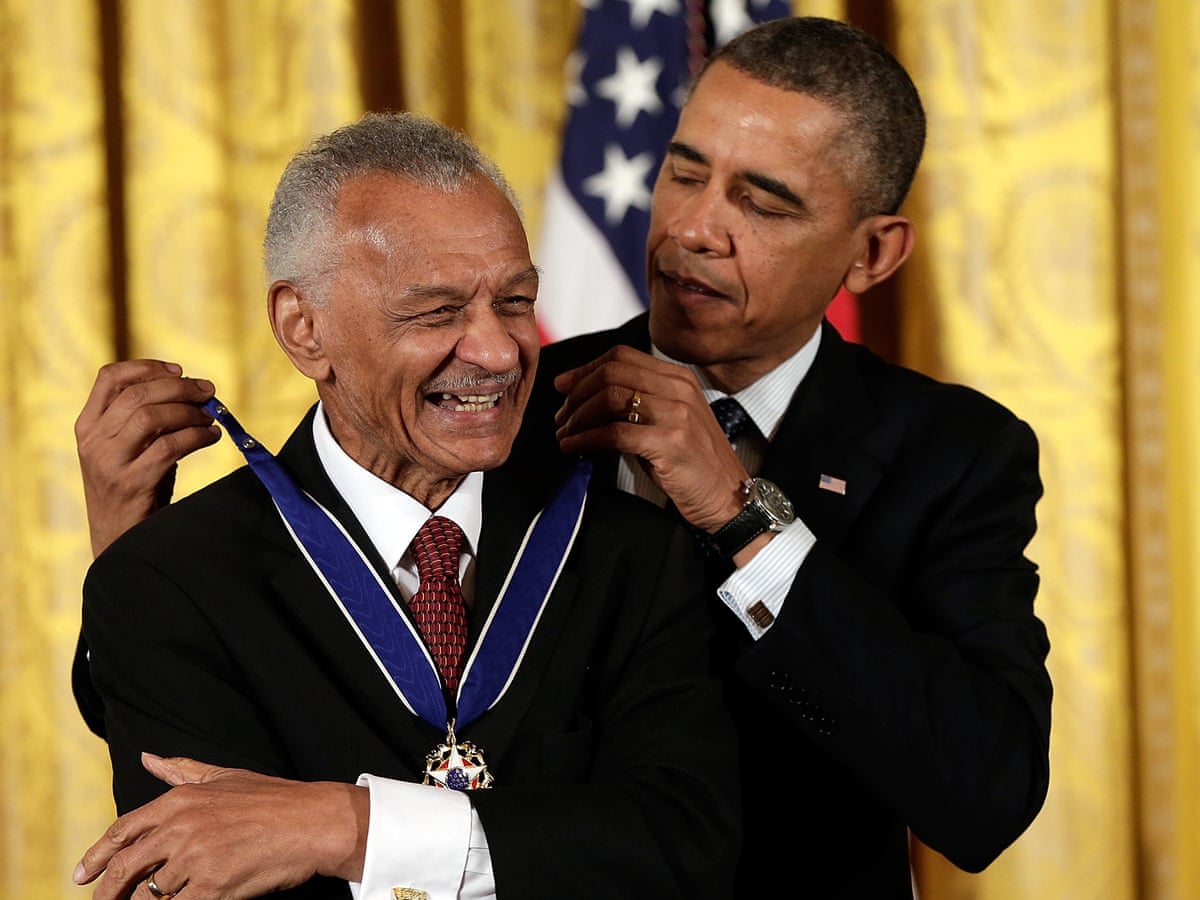 C.T. Vivian received the Presidential Medal of Freedom from President Barack Obama in 2013.

Both men suffered under the weight of America's white supremacism, and yet both men never lost hope in creating an America that would, one day, fulfill its promise to be the land where all men and women are created equal, with inalienable rights to life, liberty, and the pursuit of happiness. Like Moses, both men died before they saw their promise fulfilled. They have laid the task of fulfilling that promise at our feet.

When Lewis, Vivian, and their fellow Freedom Riders were arrested
in Jackson, Mississippi
after entering a "whites-only" area.... 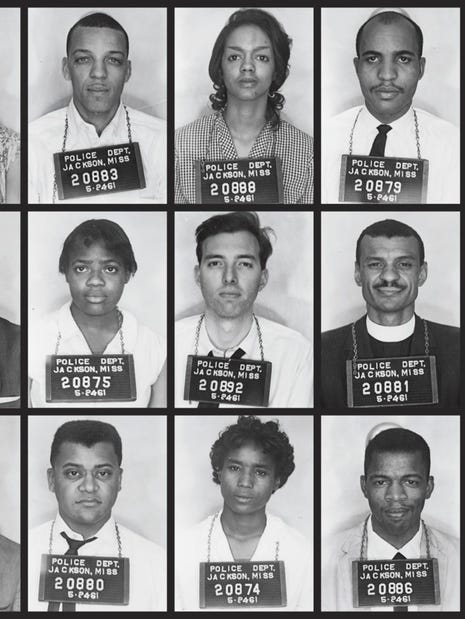 their faces showed they knew they were on the right side of history.
(Reverend Vivian is middle row, far right; John Lewis is bottom right)

John Lewis never stopped believing in the American people's ability and willingness to make good on our founders' unkept promises of liberty and justice for all. 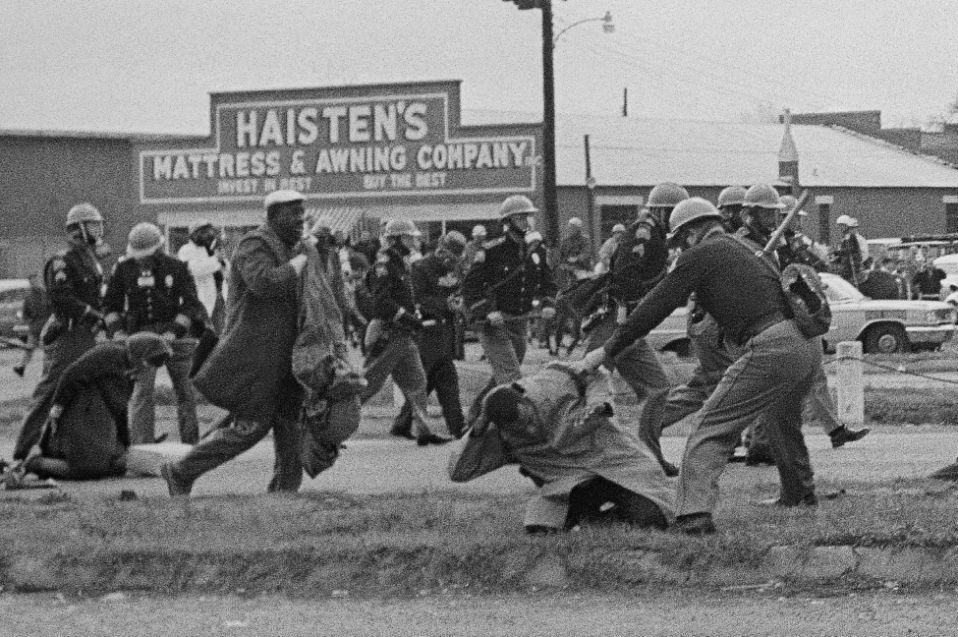 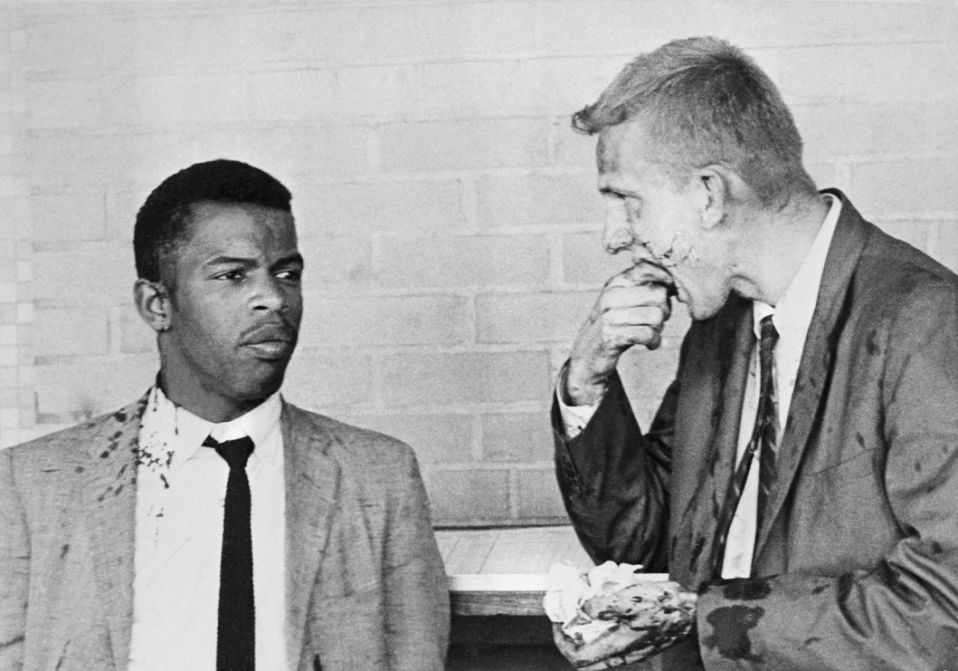 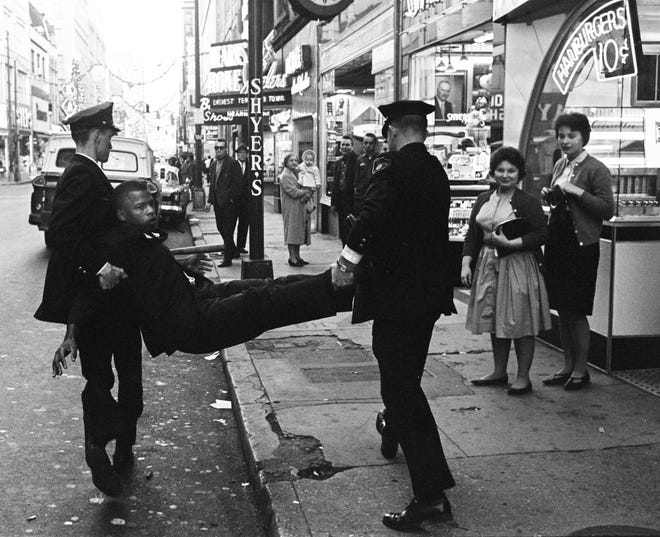 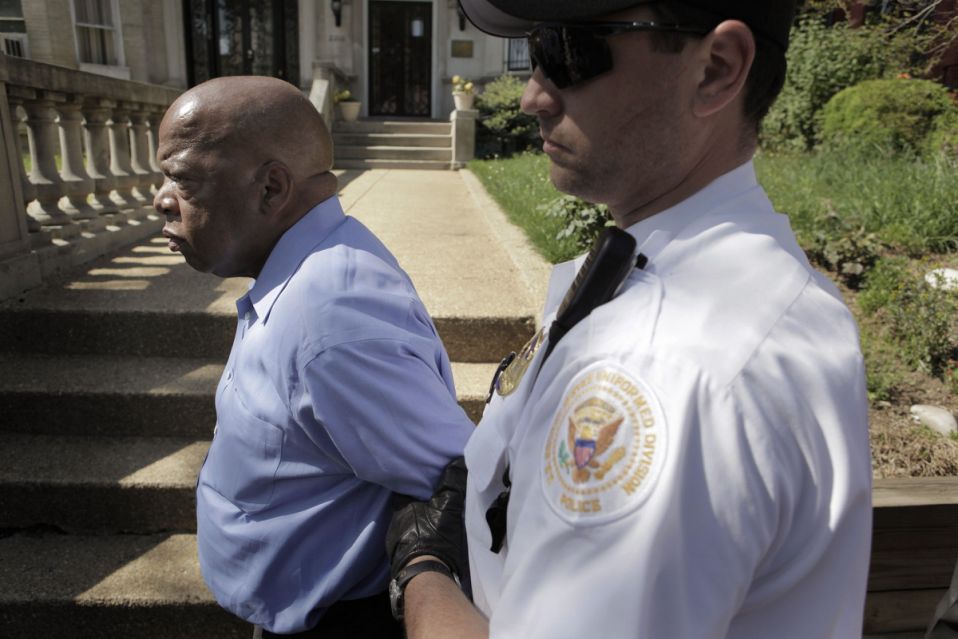 both in his youth and in his later years. 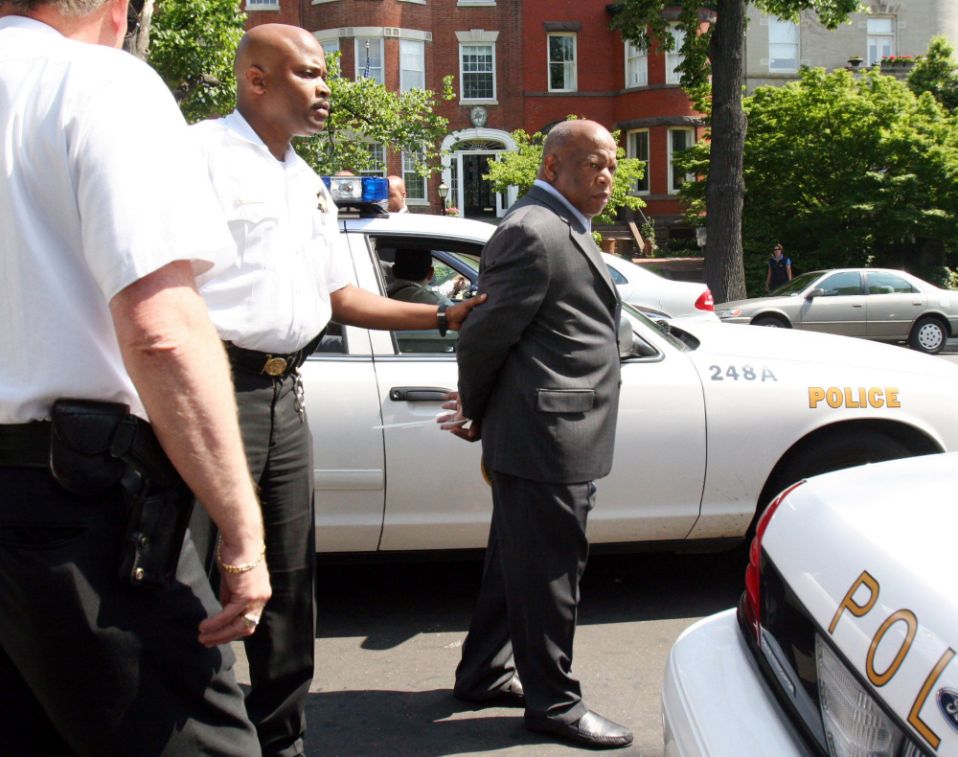 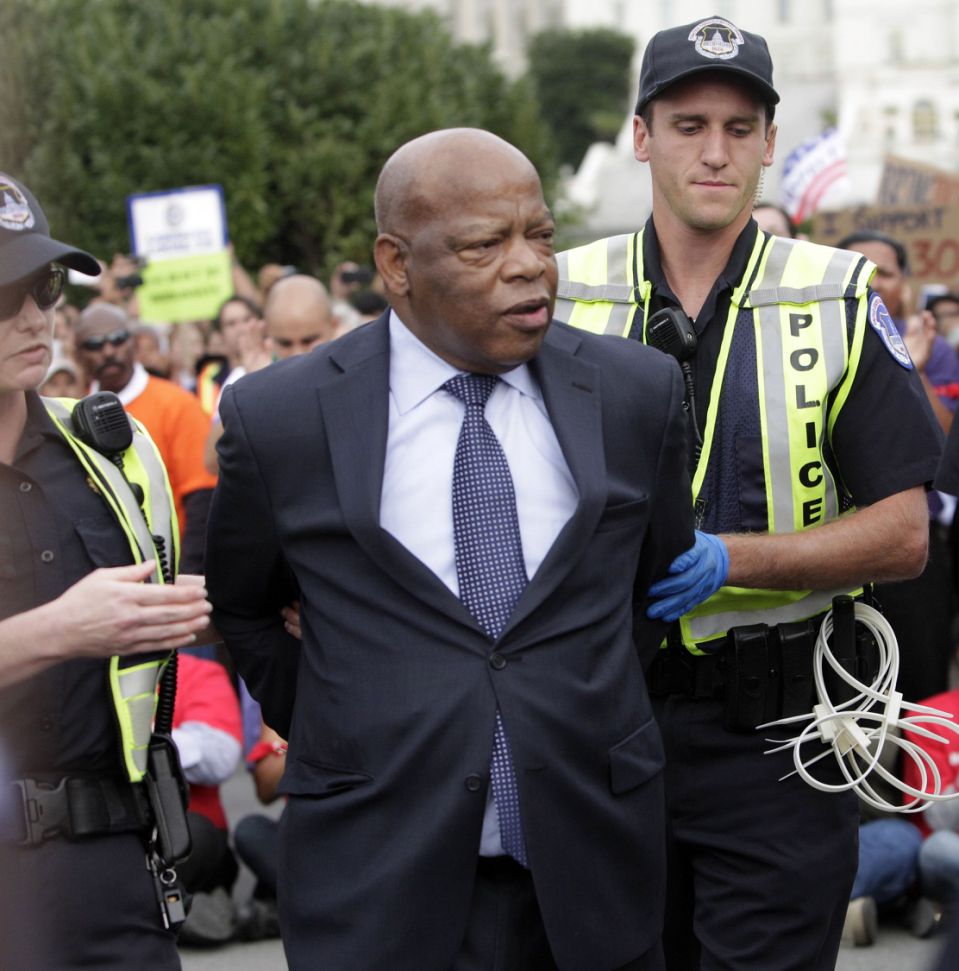 but he never stopped fighting for equal justice for all. I had the honor and extreme privilege of speaking several times with then-Congressman John Lewis,
When I worked as Legislative Counsel to Congressman Barney Frank.

Never have I a met a man of such courage and renown
Who had more humility and basic decency.

I've always taken John Lewis' admonition to heart.
I've always believed in "Good Trouble."
I've always strived to speak out and raise my voice
Against injustice,
Even when it got me in trouble.

I work hard every day,
To magnify your voice.

May we never hesitate
To get in Good Trouble
When justice calls upon us
To do so.

And your legacy lives on
Through us
Forever.