Special Election in all of Fairfax County on Tuesday
Vote for Karen Keys-Gamarra!

Tomorrow, Tuesday, August 29, an election will be held throughout every part of Fairfax County. Yet only a tiny percentage of voters are expected to vote in the Special Election for Fairfax County School Board scheduled for that day.

On the last day of May, a Republican Member of the Fairfax School Board resigned. But rather than wait a few days longer so as to put the election of her successor on the November general ballot when a wide swath of Fairfax voters could make the choice, this Board Member purposely decided to force Fairfax County to spend a quarter of a million dollars so as to hold an election when she hopes very few people will vote and her designated Republican successor can sneak in.

Don't let these machinations succeed! If you live in Fairfax County -- or know people who do -- make sure to vote tomorrow, Tuesday, August 29. Don't forget. It's in small-turnout elections like these where your vote can really make a difference. 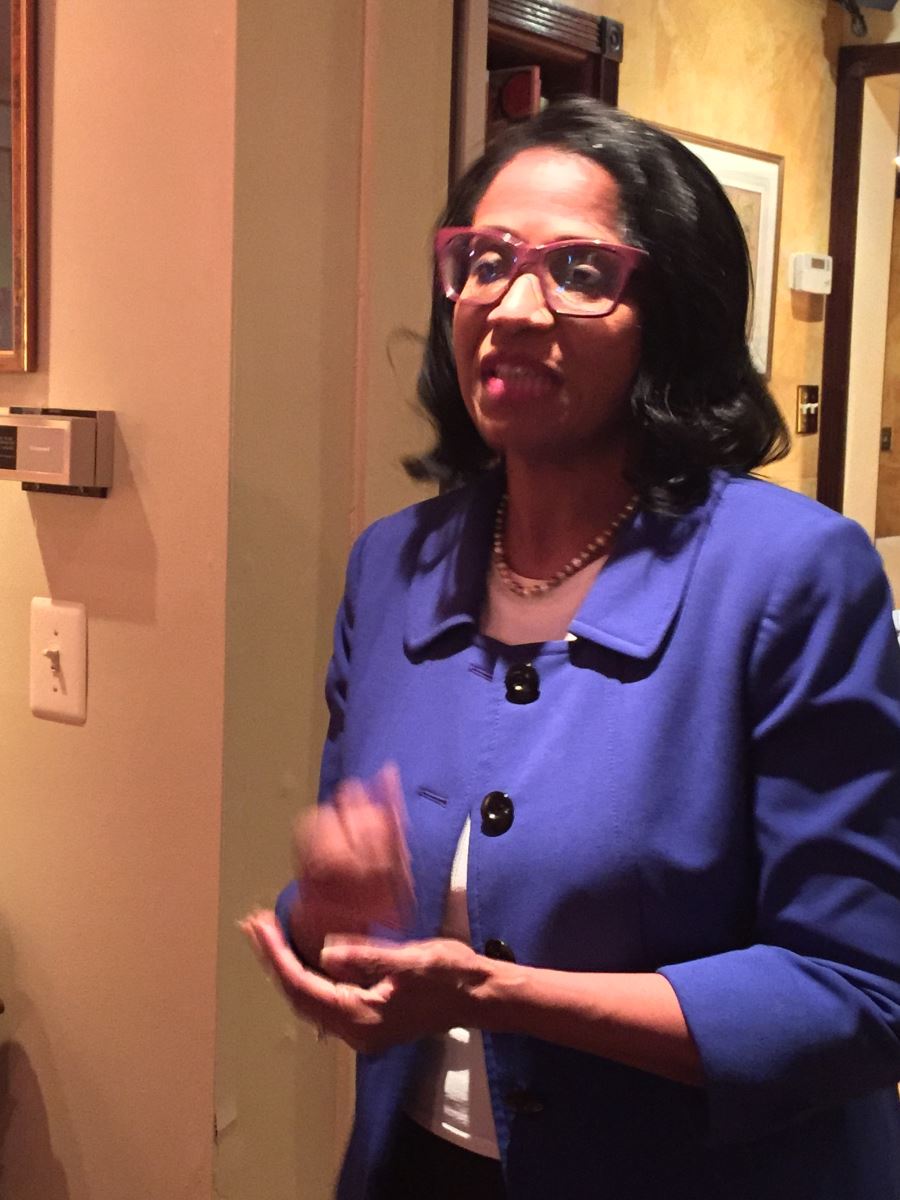 Although the race is technically non-partisan, both parties have endorsed candidates, and Democrats have endorsed Karen Keys-Gamarra, a Fairfax County Planning Commissioner who serves on the Schools Committee. Karen is a well-respected family attorney and guardian ad litem who advocates for children in court proceedings to protect their interests. She is tremendously qualified and would do great things for our schools, while her Republican opponent is running on a platform of intentionally discriminating against transgender students. As these students already have a higher rate of suicide than others, it boggles my mind that the Republicans are actually running on bigotry as a campaign platform.

Fairfax County residents, do not forget to vote! 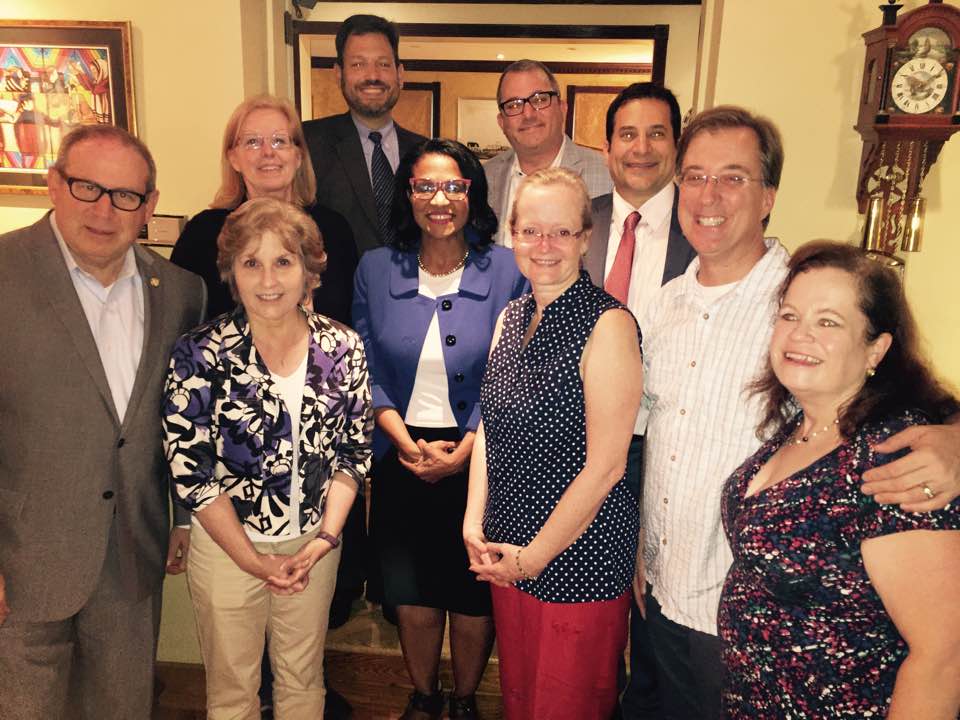 Supporting Karen Keys-Gamarra for Fairfax County School Board, along with other elected officials. 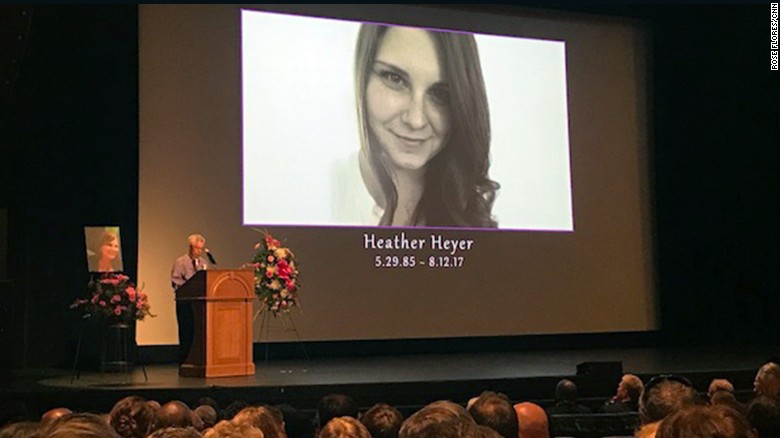 As I'm sure you're aware, just two weeks ago, tragedy came to Virginia. As Neo-Nazis and white supremacists from around the country gathered in Charlottesville with torches, a group of local students and residents formed a counter-protest to stand up for the country we believe in. It was then that one of these racist terrorists got into a car and drove it at full speed into the crowd, killing Heather Heyer and injuring many others. Shortly after, we heard the President seemingly equate white supremacists with the counter-protestors by condemning "many sides."

I went on national television that day, a few hours after Heyer was murdered, to call on the President to denounce white nationalism.  And I shared it on FOX News, the station the President is most known to watch. Sadly, the President said nothing until he gave a begrudging admission two days later that he didn't support Nazis or the KKK. He then promptly took back his words the next day, again condemning "both sides." Worst of all, he repeated this horrible sentiment at a rally in Phoenix. And Friday, as Hurricane Harvey hit Texas, the President focused instead on pardoning the lawless, cruel Arizona Sheriff Joe Arpaio, who for decades ran racist prison camps that engaged in the sadistic torture of inmates.

On television and on radio, I have not shied away from calling this President out. Every week, I'm on air on more than 40 radio stations. If you ever want to check out my show, I also broadcast live on Facebook on Mondays and Wednesdays (and often other days) from 3-4 pm ET.

In addition to calling out racist violence, I've been thinking about how best to respond to Charlottesville and would welcome further suggestions at my Monthly Meetups. Here's what I've come up with so far:

1) Localities Should Be Able to Ban Firearms at Protests

Many of the people at the Nazi rally were armed with dangerous assault weapons, way out-gunning the police, some of whom have confided in me that if one shot had gone off, it would likely have led to dozens dead. Thank God it did not. Police, in a gunfire melee in the midst of thousands of people in close quarters, just can't tell who is the "good guy with a gun" and who is the terrorist. It's an impossible situation for them and could have led to a massacre.

Many gun-rights advocates argue for laws permitting public carrying of firearms by ordinary citizens because, they argue, it can be hard for the police to arrive in time. Even though I dismiss that argument in urban locations with quick police response time such as Alexandria, I can see how some in rural Virginia would make that argument. Still, the argument entirely falls apart when law enforcement is already present, as they are at a permitted protest. There's just no good reason for ordinary folks to carry firearms in such a case, but there are lots of dangers if they do.

I believe localities should have the authority to restrict firearms or any other death-causing agent (like a car) in the close quarters of a protest where law enforcement is already present. I've been to many protests in the District of Columbia, where the police won't even let you carry a wooden post for a sign because it could be used as a weapon. Even in Alabama -- a state where gun-rights law are paramount and gun culture is at least as strong as Virginia's -- they ban firearms at protests. So I will introduce a bill to do this in Virginia in 2018.

2) Police Should Be Prepared

I'm consulting with local police to determine what we can do differently and better that Charlottesville should we be confronted with something similar. Charlottesville police were unable to separate the protestors from the counter-protestors (due, in part, to a court order requiring them to let the Neo-Nazis march close to their statue of Robert E. Lee). I want to make sure we are prepared in advance of such a crisis, if it should come to pass in our area.

I will also introduce a couple of bills next session to allow Alexandria to move the 1889Appomattox statue of a Confederate soldier depicting his surrender at the end of the Civil War. Alexandria has asked to move the statue a few feet away to the Lyceum (the Alexandria history museum).

I will introduce a second bill to allow other Virginia localities local control over their own Confederate statues and memorials. This will require legislation and could be an uphill battle, as the General Assembly voted to strengthen laws against local authority over these monuments in 2016. (The Governor vetoed that bill, and I joined with others to sustain his veto.) But I will try.

Finally, I will introduce a bill to replace the statue of Robert E. Lee that Virginia designated for Statuary Hall at the US Capitol. Each state is allowed only two statues, and Virginia currently has Lee and George Washington as our two choices. Few can doubt the greatness and historical importance of George Washington as perhaps the country's greatest Virginian, but I think we can do much better than Lee. As no state has ever chosen an African-American to be one of their two contributions to the hall, it would be my preference to replace Lee with an African-American Virginian of note, but even if that doesn't happen, I still think Lee should be replaced by a Virginian that did not take up arms against his country to serve the cause of slavery.

The Next Mark's Monthly Meetup

Please mark your calendars for Sunday, September 24 for September's Mark's Monthly Meetup from 2-4 pm at Los Tios Mexican restaurant in Del Ray (2615 Mount Vernon Avenue in Alexandria). No doubt, we'll have plenty to talk about. Come join us to eat, relax, and discuss policy and politics.

And if you miss September, there's always October, November, and December. Every month, I make sure to be available in this informal setting for any constituent who wishes to discuss a problem or just say hello. Help me get to know you better, so I can better determine your priorities in Richmond. I always strive to be as accessible to you as I can possibly be. 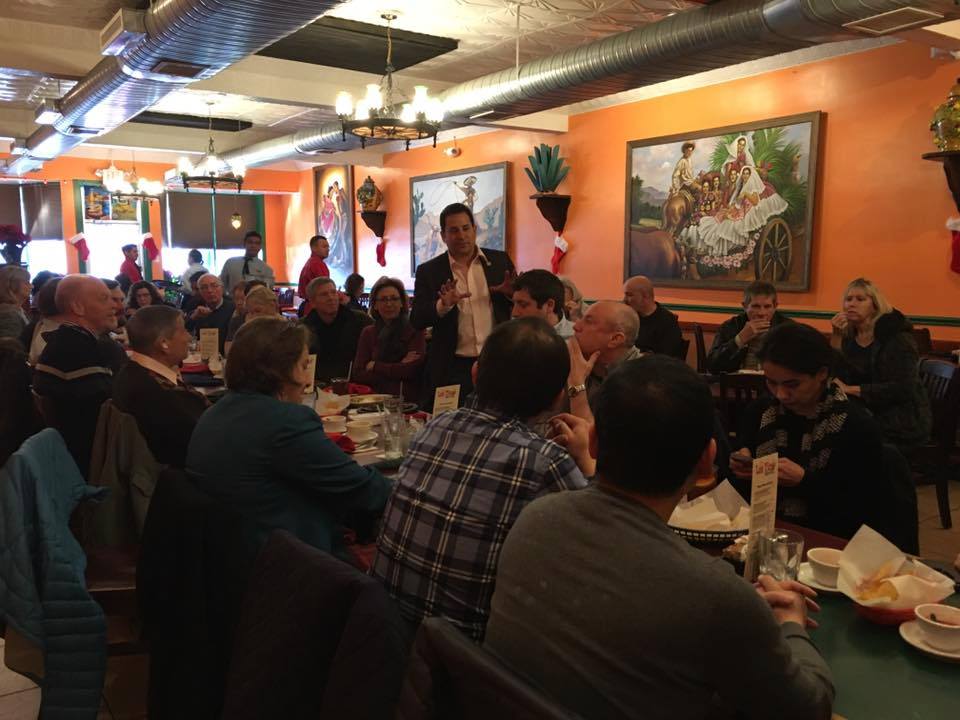 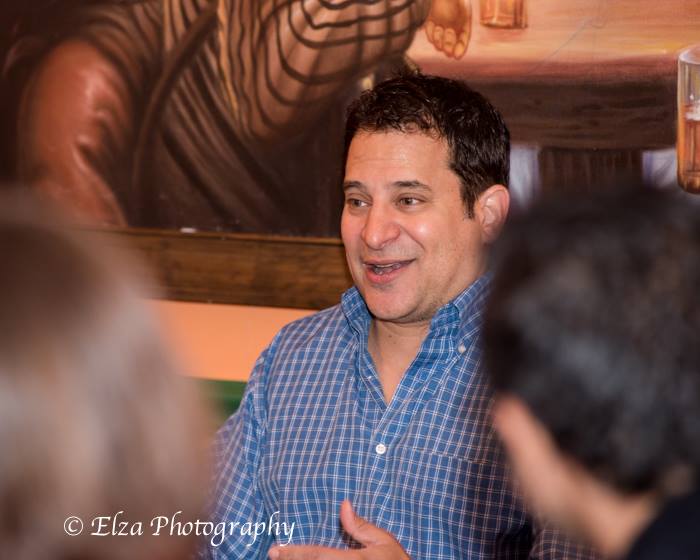 We always have a great discussion at Mark's Monthly Meetups!

With Virginia's Next Governor Ralph Northam at his Alexandria Campaign Kickoff.... 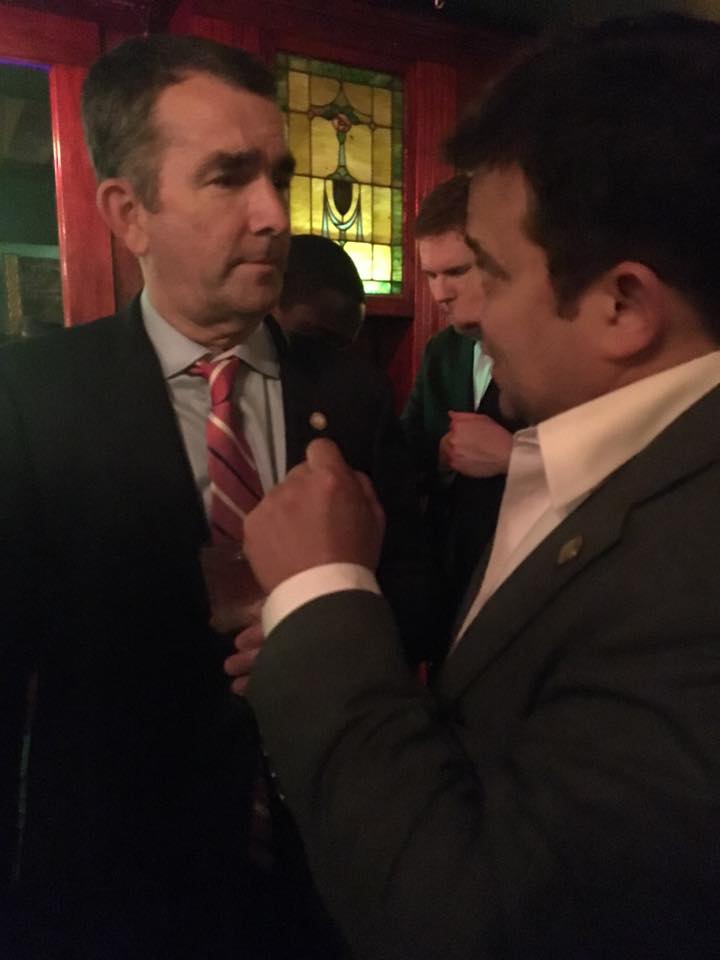 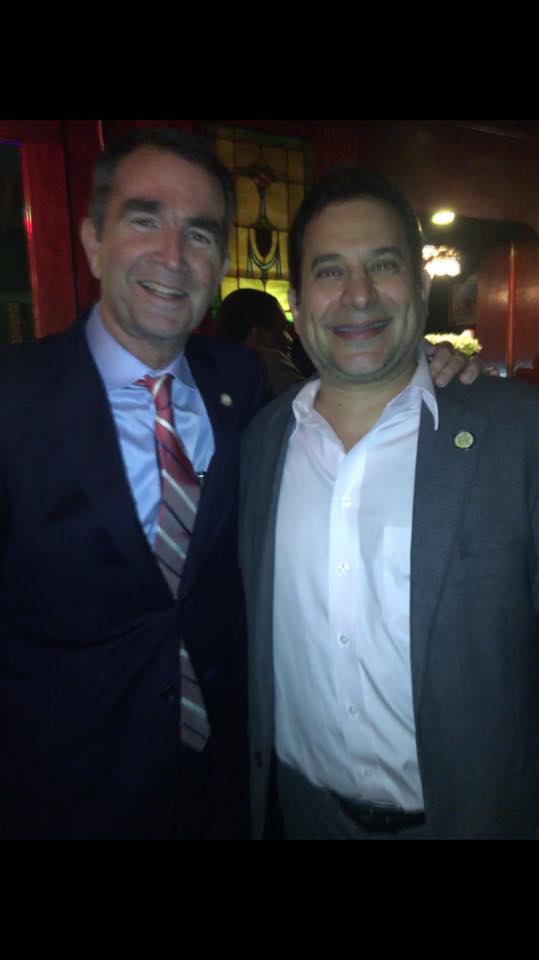 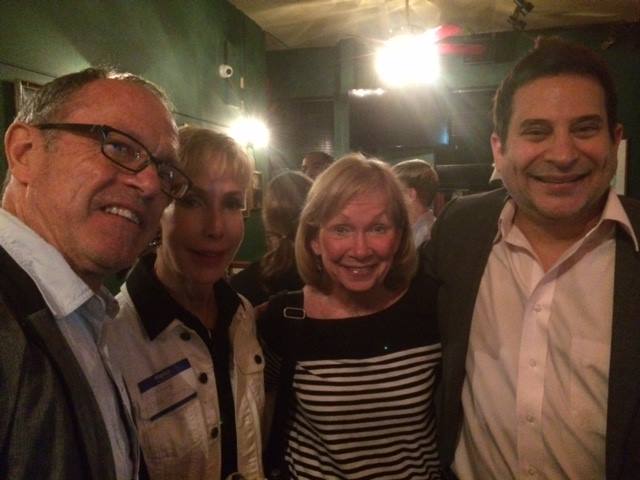 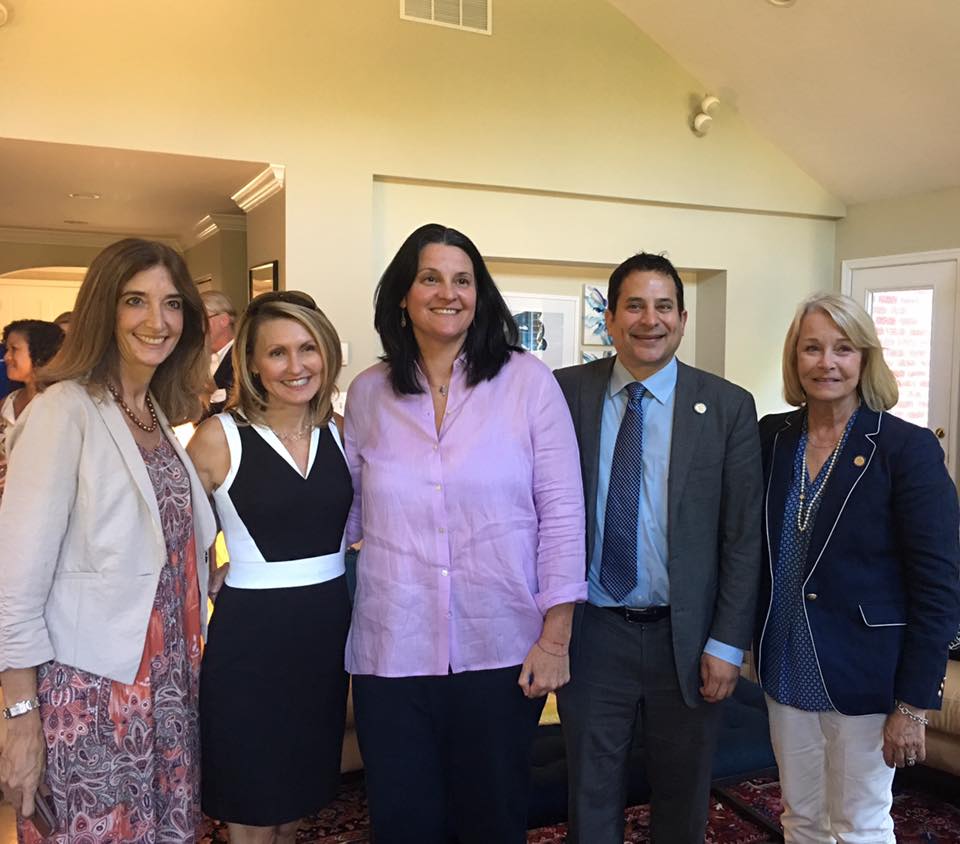 At fundraiser for Dawn Adams, who's running for Delegate in the Richmond area, along with Delegates Eileen Filler-Corn and Kathleen Murphy.

At fundraiser for Alicia Kallen, who's running for Delegate in the 1st District in Southwest Virginia, the corner of Virginia farthest from us that borders Kentucky and Tennessee. 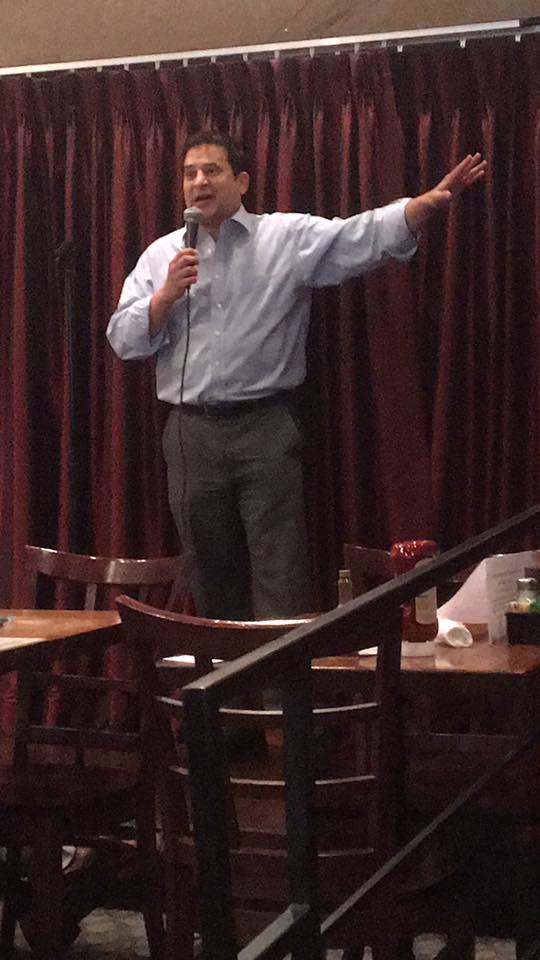 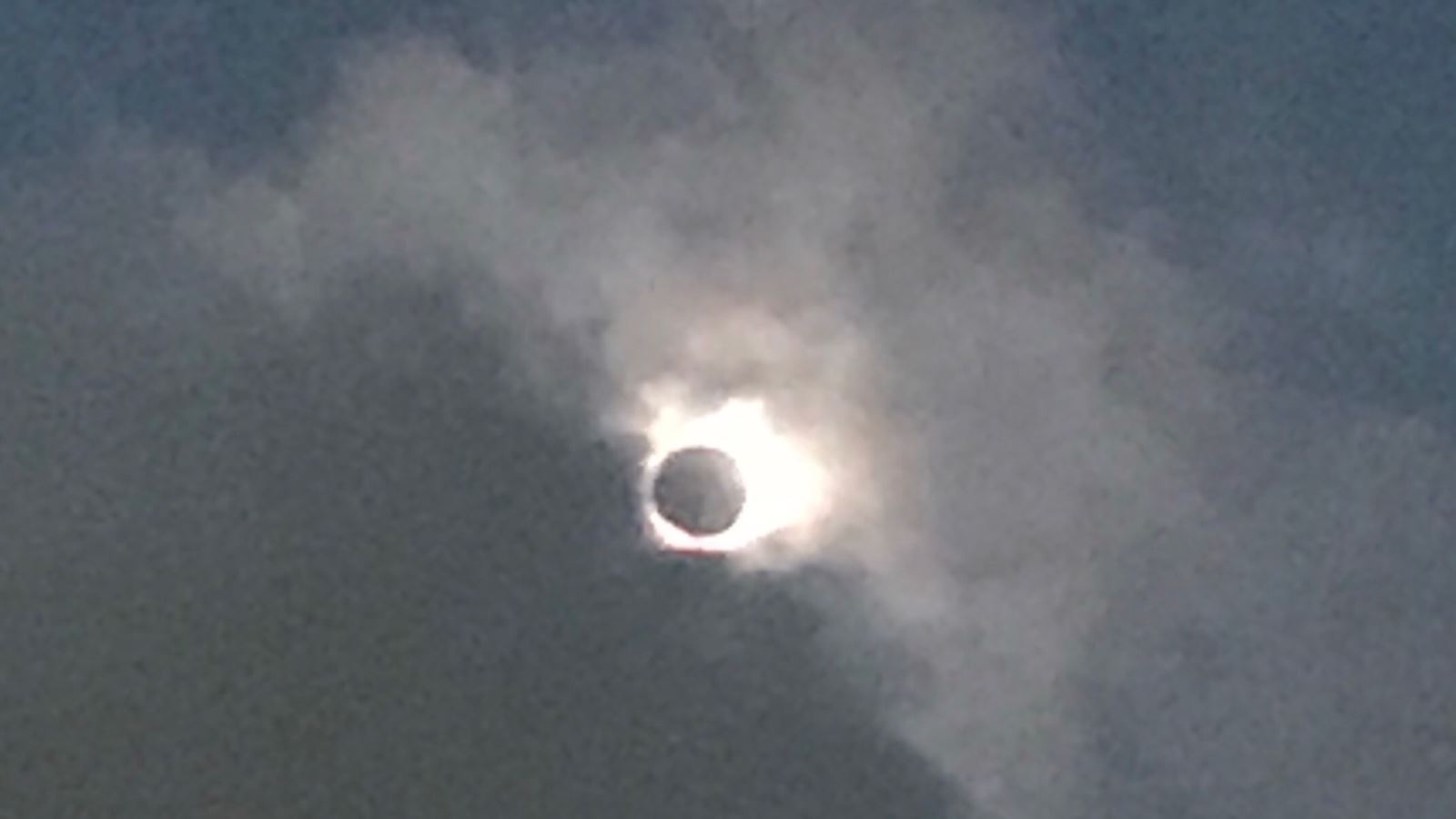 The eclipse in Nashville,Tennessee
(where I was born and where my parents still live)​​​​ 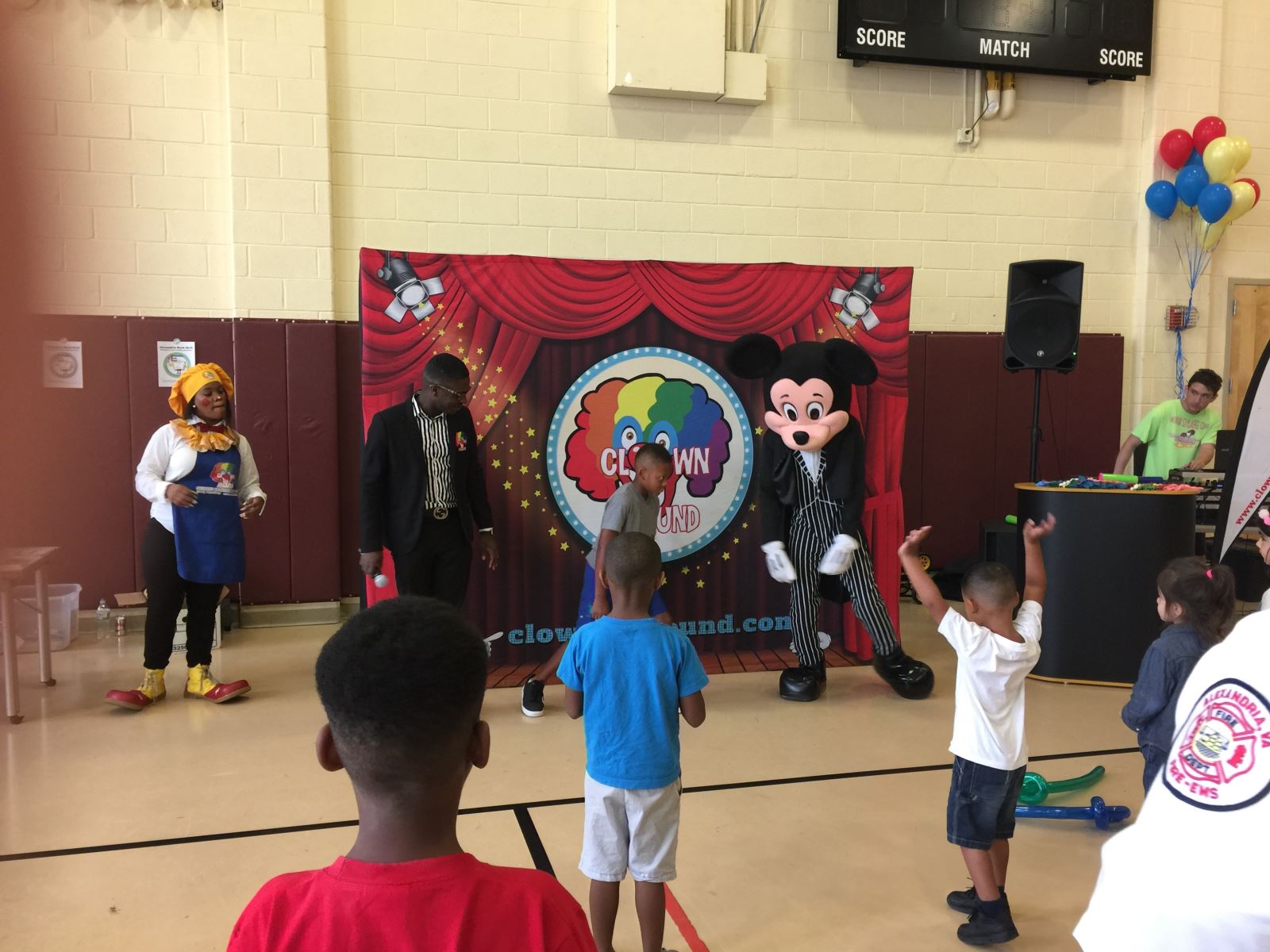 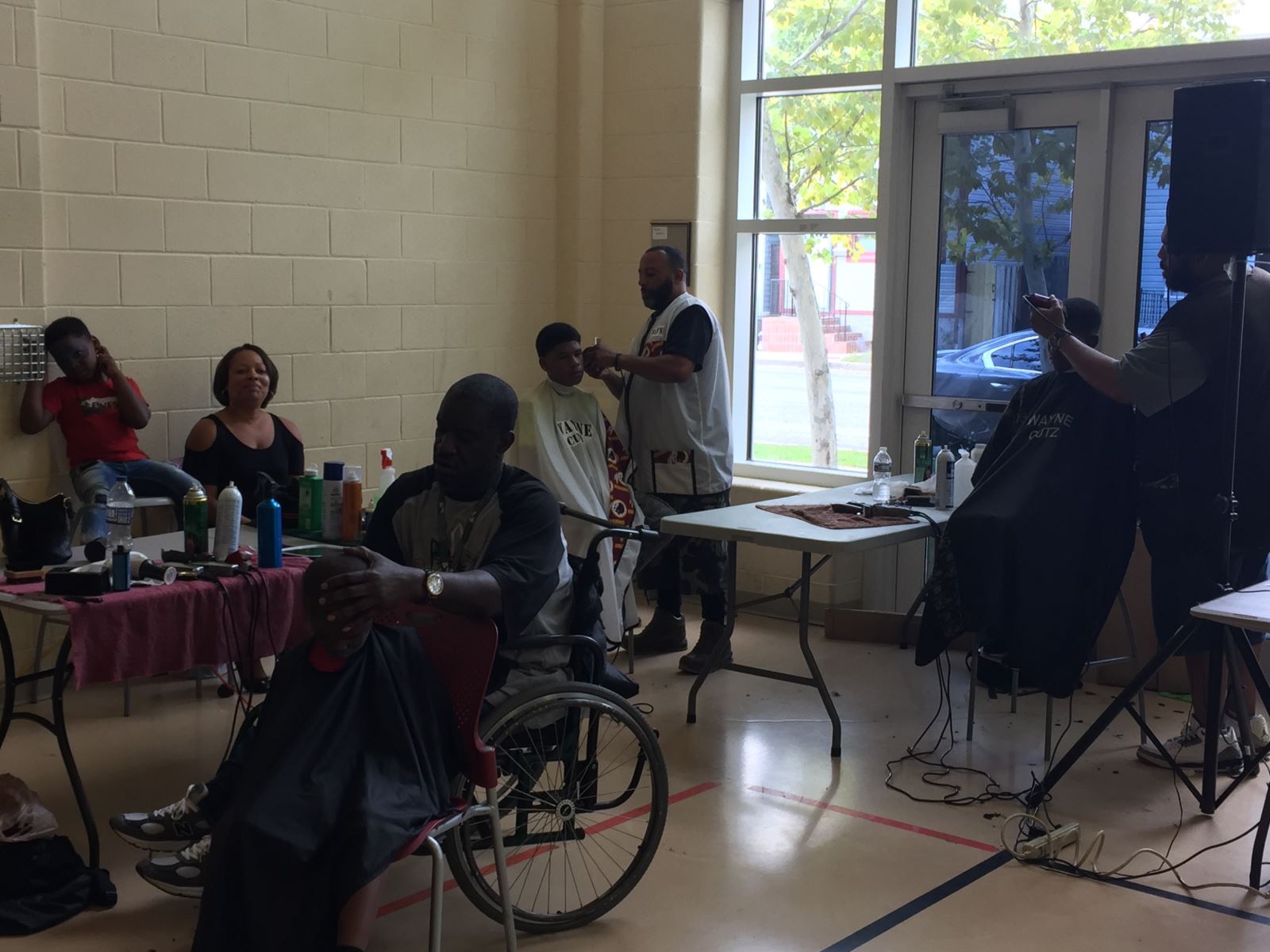 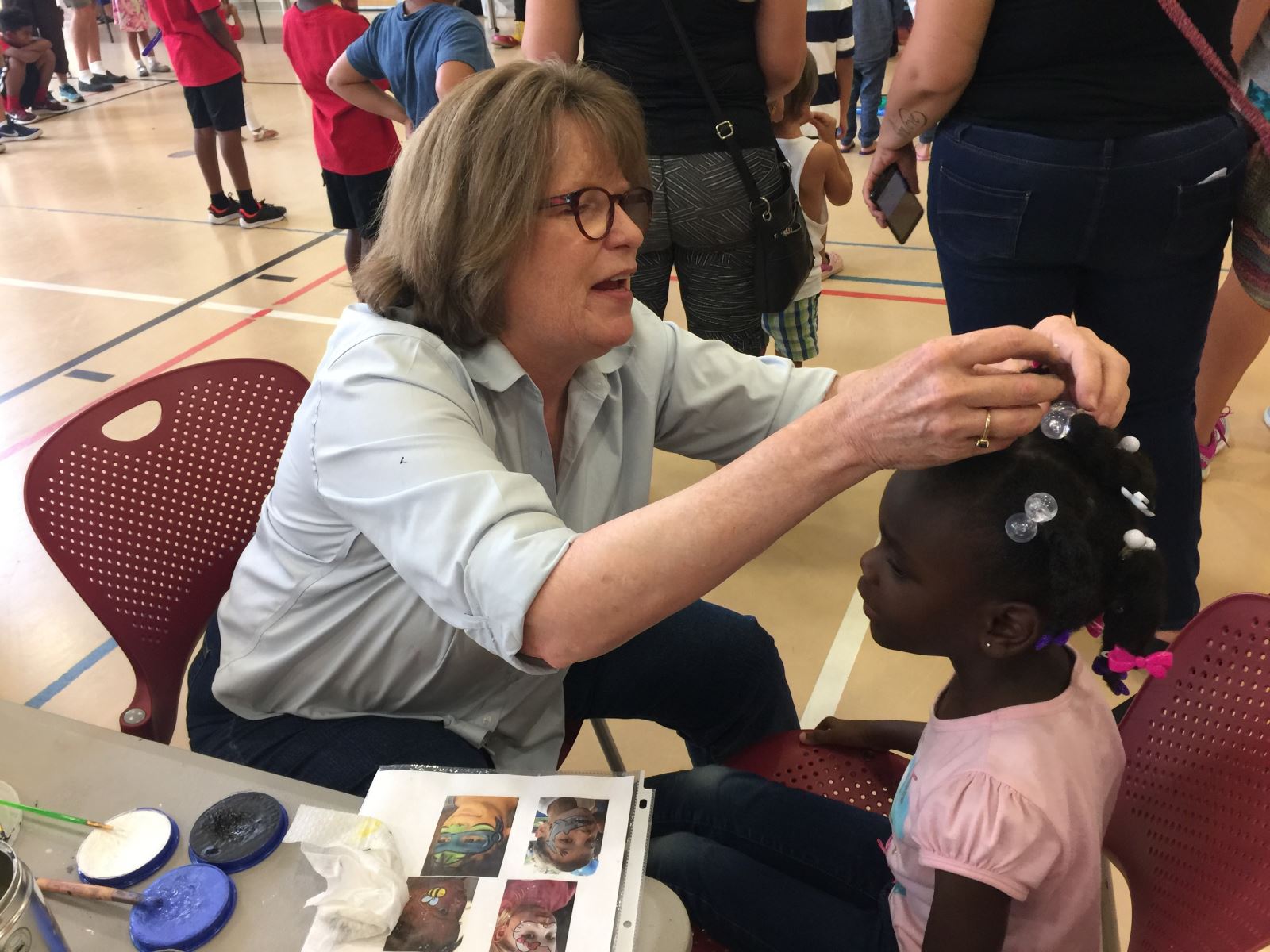 Alexandria Back to School Event

Upcoming Events I Will Be Attending:

Tuesday, August 29
ELECTION DAY THROUGHOUT FAIRFAX COUNTY
Polls open from 6 am -7 pm
Please vote for Karen Keys-Gamarra!
(I will be at the polls in my two Fairfax precincts.)